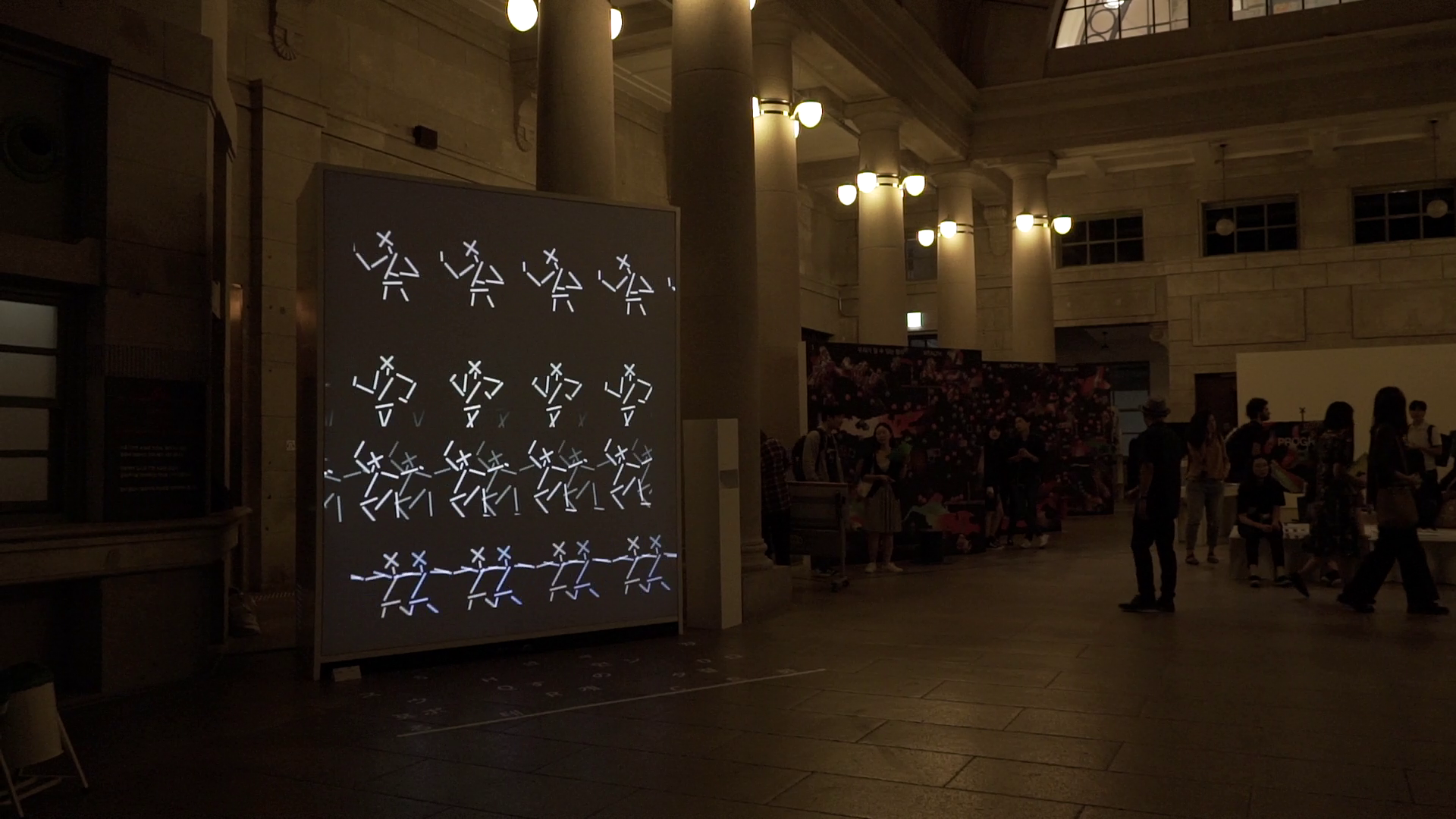 Rebel9 designed “Typonotation” media at Typojanchi 2017. Letter generating media “Typonotation” converts body movement information into letters. It has been developed to convert 3-dimensional information of body movement and movement energy to 2-dimensional symbols. Nowadays every activity is recorded by sounds and images, every communication made through automated system that consists of combination of sounds and images and that leaves characters to be used only by small group of researchers. Typonotation is one of few areas that still uses characters which makes it role in future society pretty significant.

The graphics made by attendees of “Typonotation” media goes through algorithm, calculating exact position of each body part. Actions of user define generation of one of the characters which then being assigned to his/her position. All movements are recorded in milliseconds, which means the afterimage will be created as well. But all afterimages are removed on the stage of data refinement, which allows to record exact movement of user body.

When you move the circular motion above the head, recording starts. When the visitor shoots his body, he receives the sticker and confirms his / her status through the final body graphic created. All graphics are recorded on the website and are entered into the web site listed on the sticker through the code provided to find their “body”. To see recommended works with graphics, visitors will go to the Typojanchi 2017 Exhibition Center and explore the relationship between body and text. 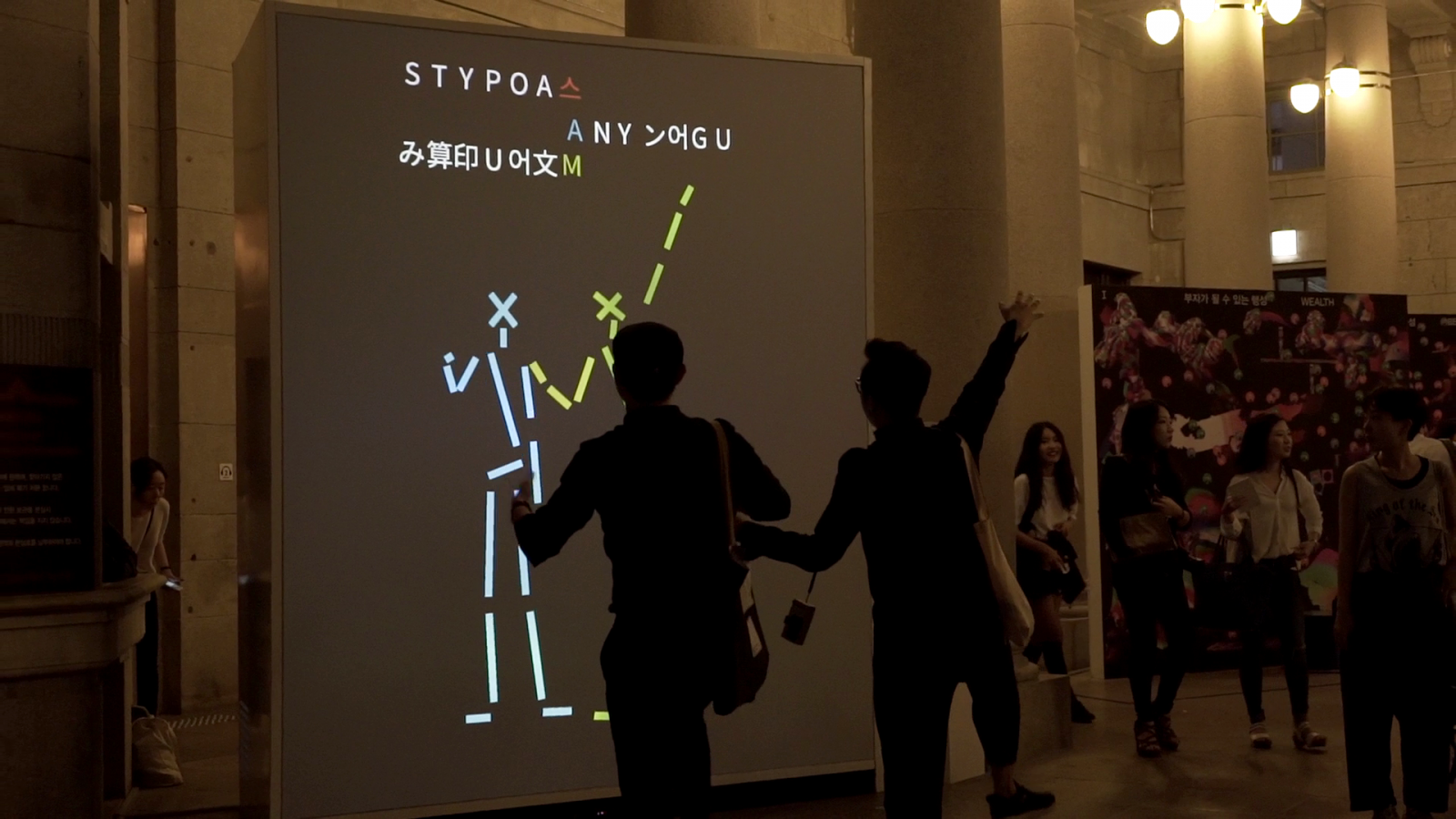 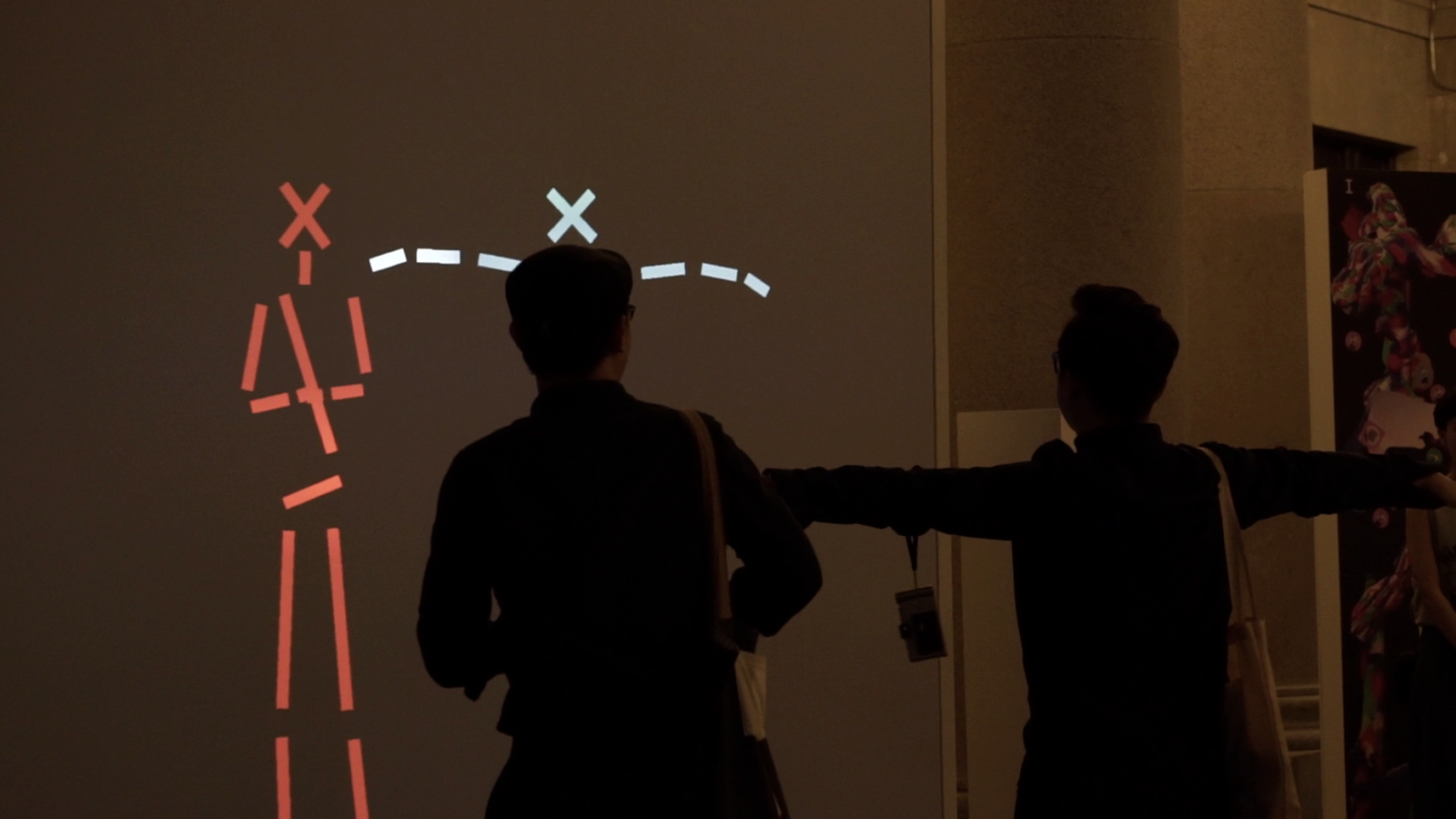 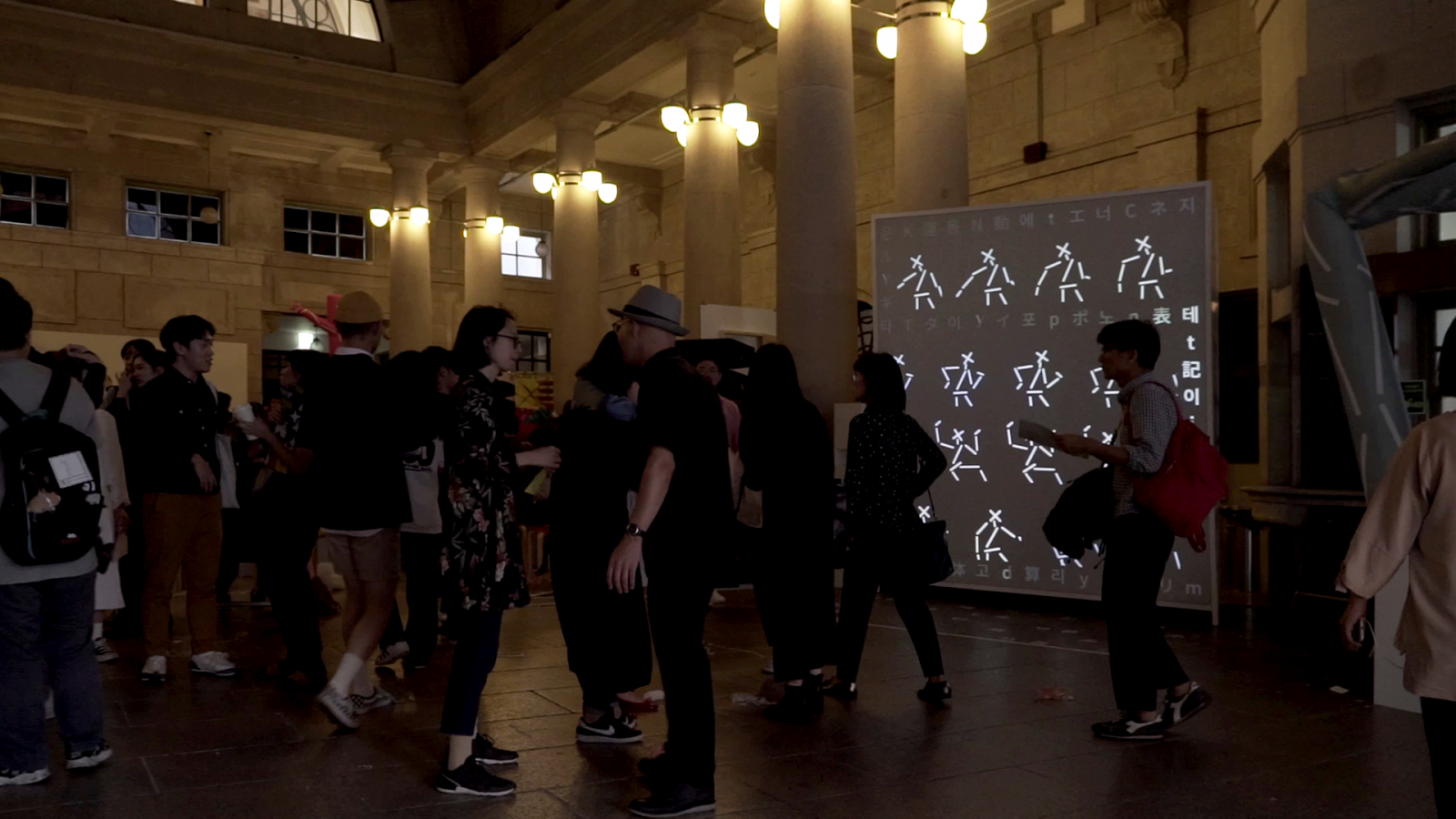 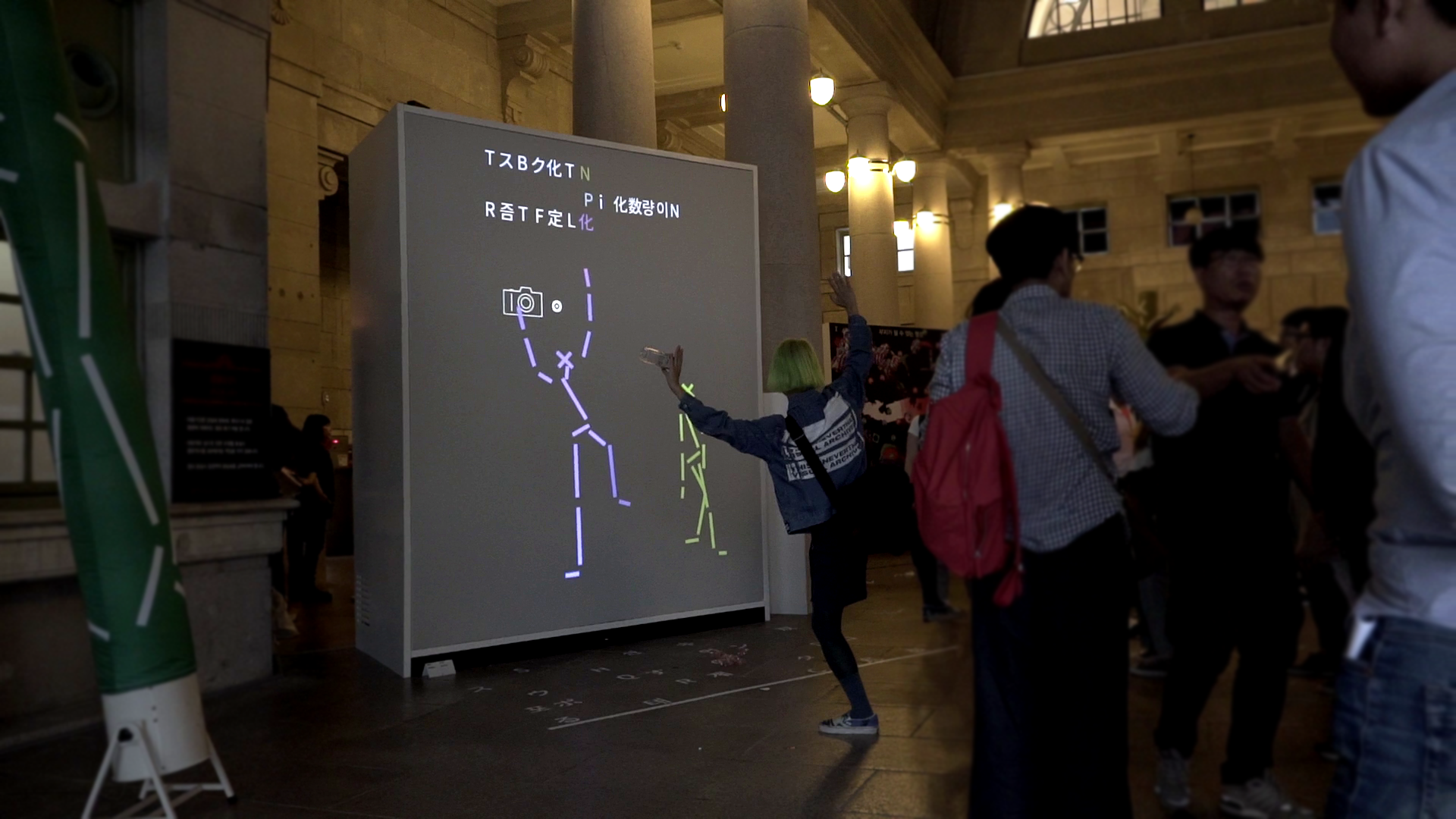