Library of Memory is an exhibition project researching the potentiality of recording cultural resources in Gyeonggi Province. The cultural resources of Gyeonggi-do Memory, which are still being collected, are in a tense relationship. It is the trend of classification work that requires one cultural resource to be incorporated within a certain system and the addition of an age in which each cultural resource is linked together to draw the whole image. The two issues have constantly clashed within archives and need to be able to communicate the tension within the archive to those looking at it.

As part of the exhibition project, a website is set up to explore 1,003 cultural resources. Indexing systems and catalog card designs that were used to classify each cultural resource in the research process to carry out overlapping missions: metaphor to traditional libraries, graphic impressions of sites, and benchmarks for reactive webs. The vertical line, which index cards are contained, is the start of the fixed classification system, but at the same time it breaks down the rigidity of archive records so far through a flexible form that can satisfy any screen. And at the same time, it plays the role of a second archive called associative, in that it is a layout that can enter menus linked to each other to view 1,003 cultural resource databases.

The unfixed themes in Gyeonggi-do during the flowing time indicate the future direction of Gyeonggi-do memory as it is distributed in random forms and impressions of each cultural resource photo. The unfinished archive site, which contains the past millennium but cannot be completed forever, is the starting point for the next millennium. 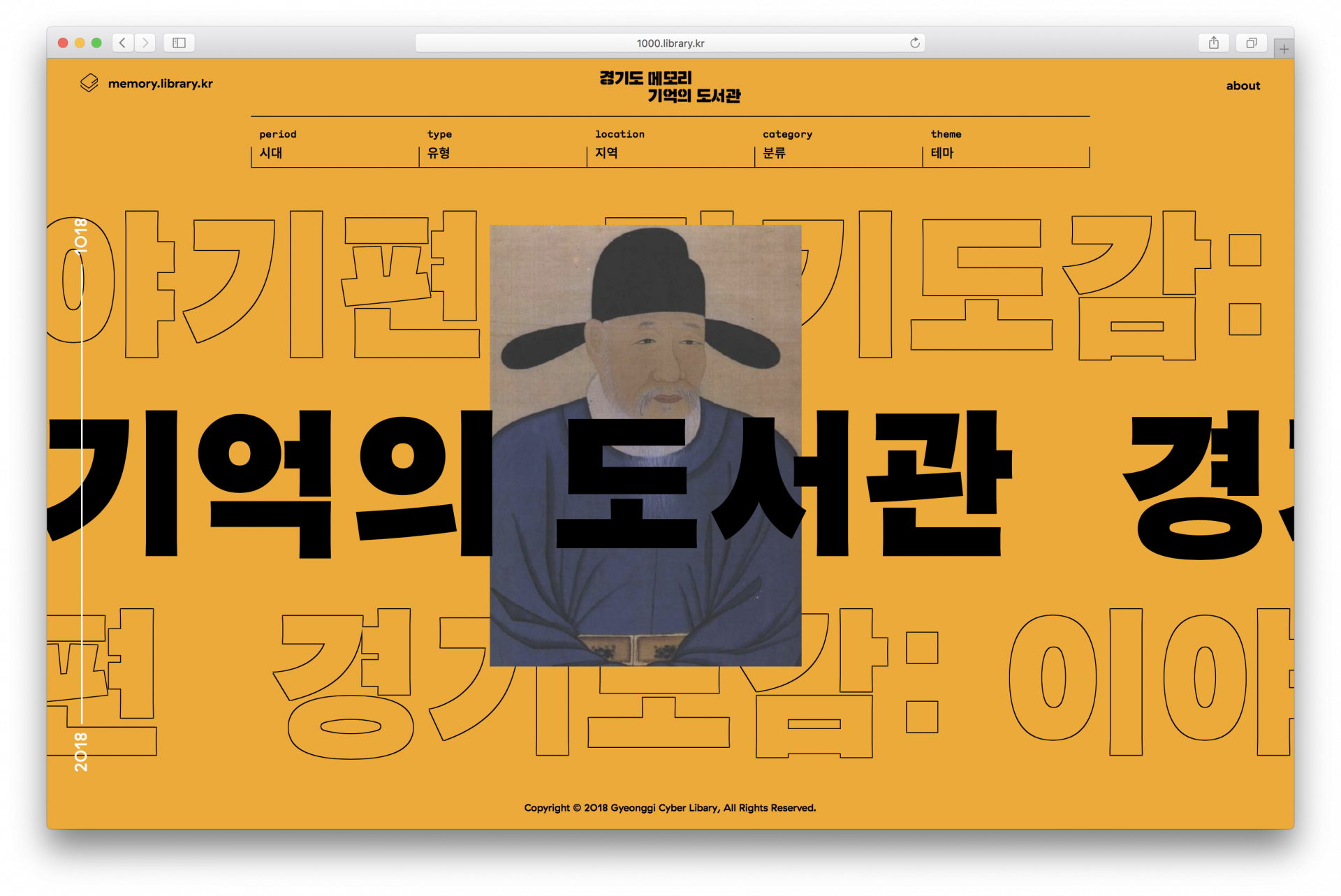 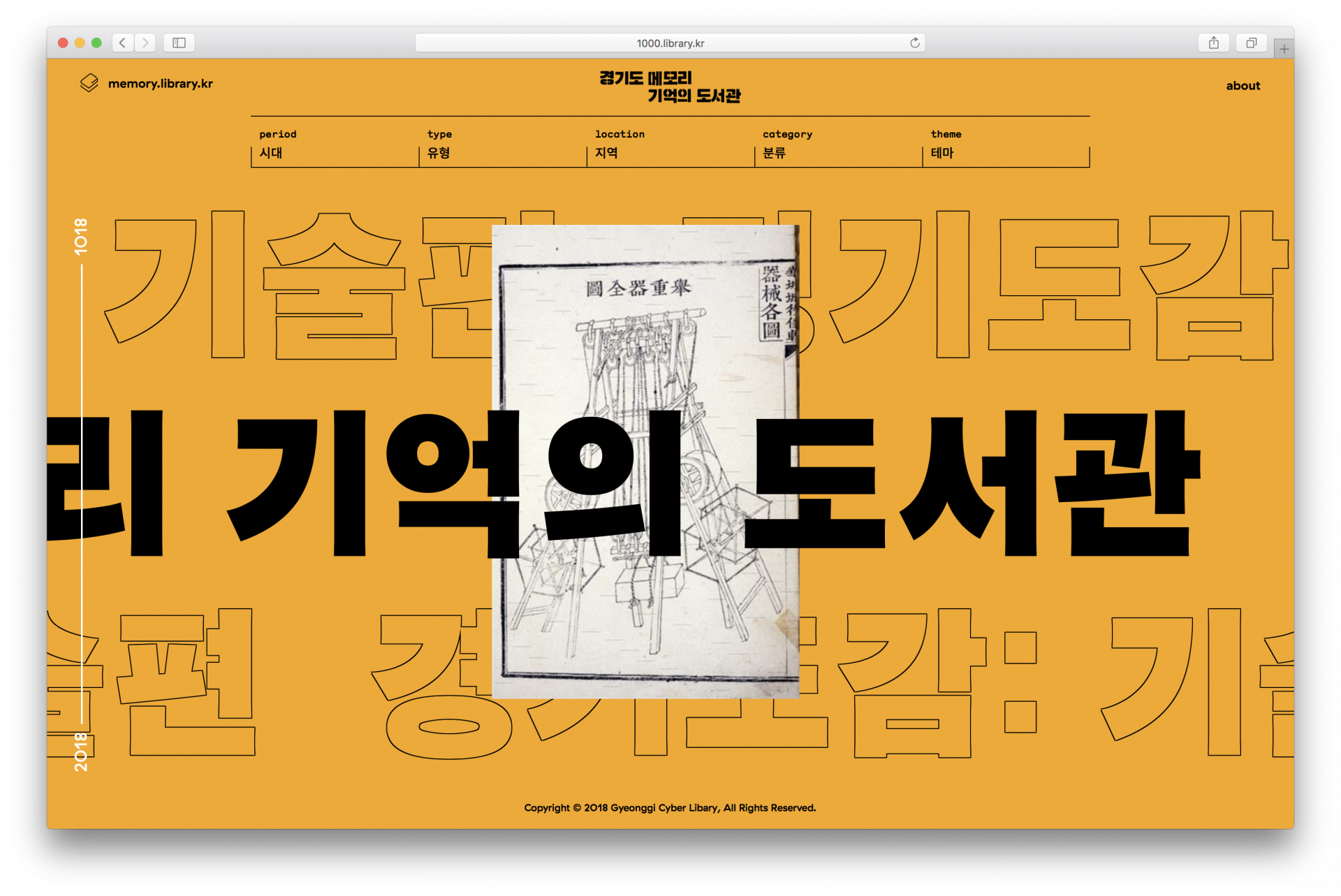 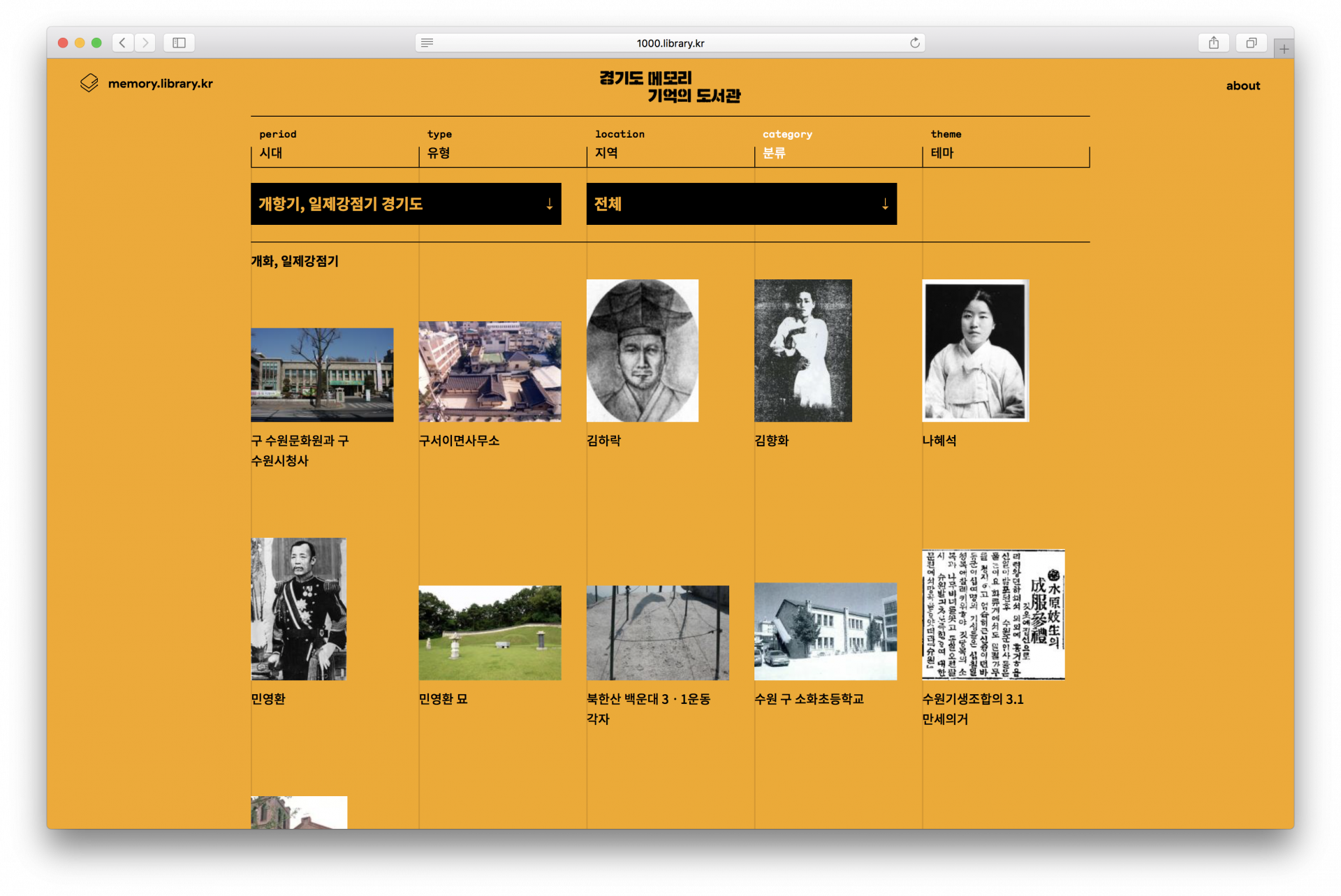 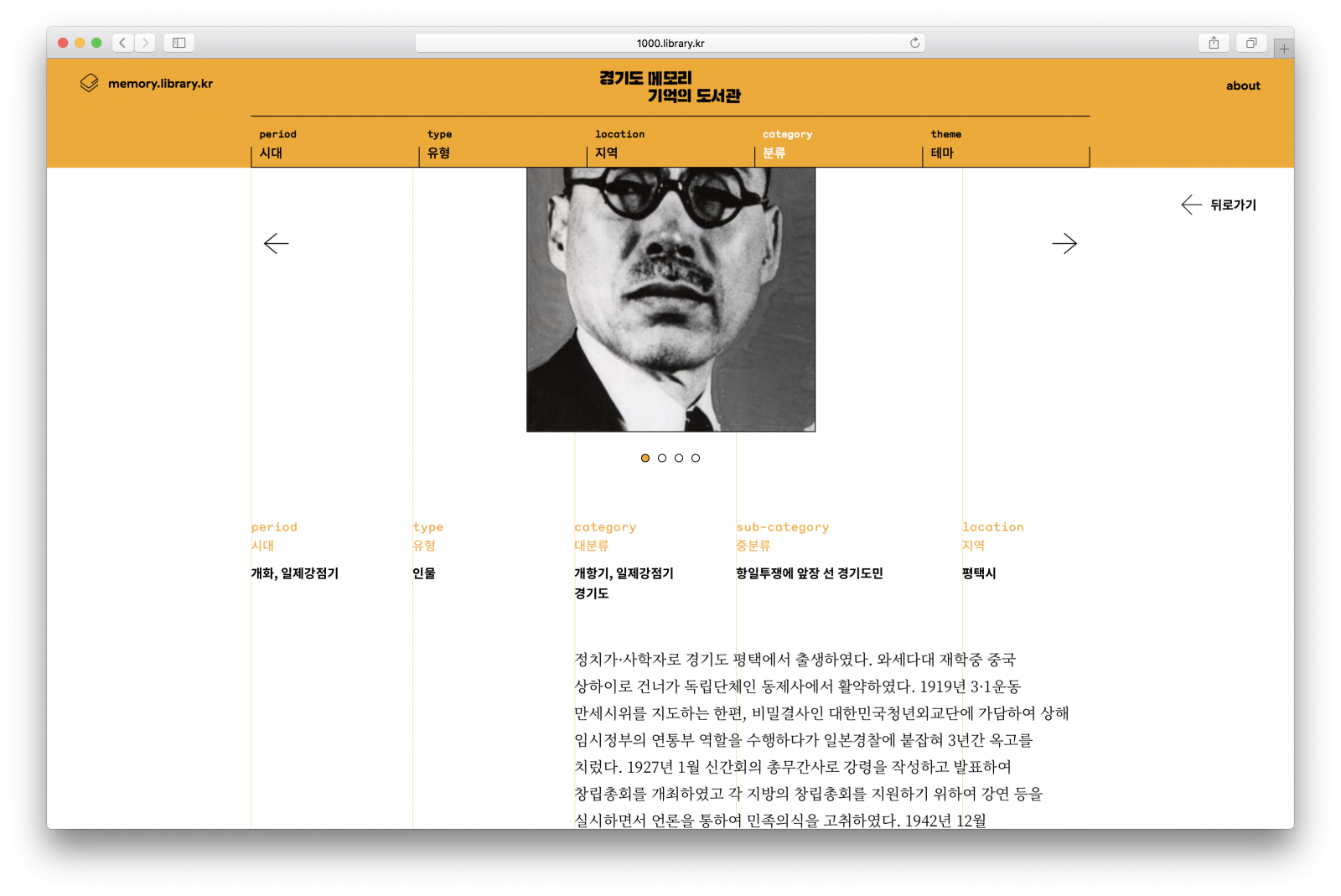 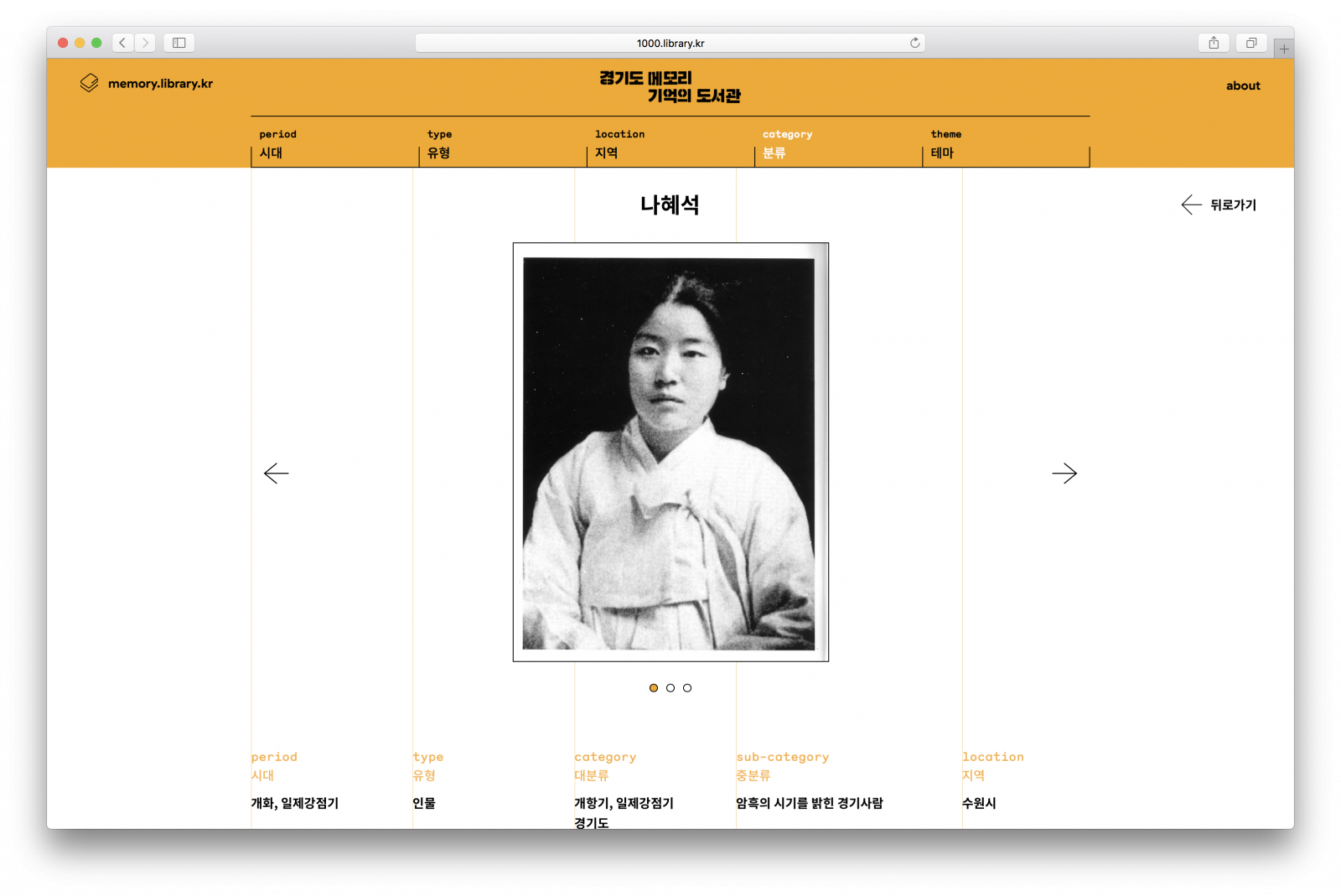 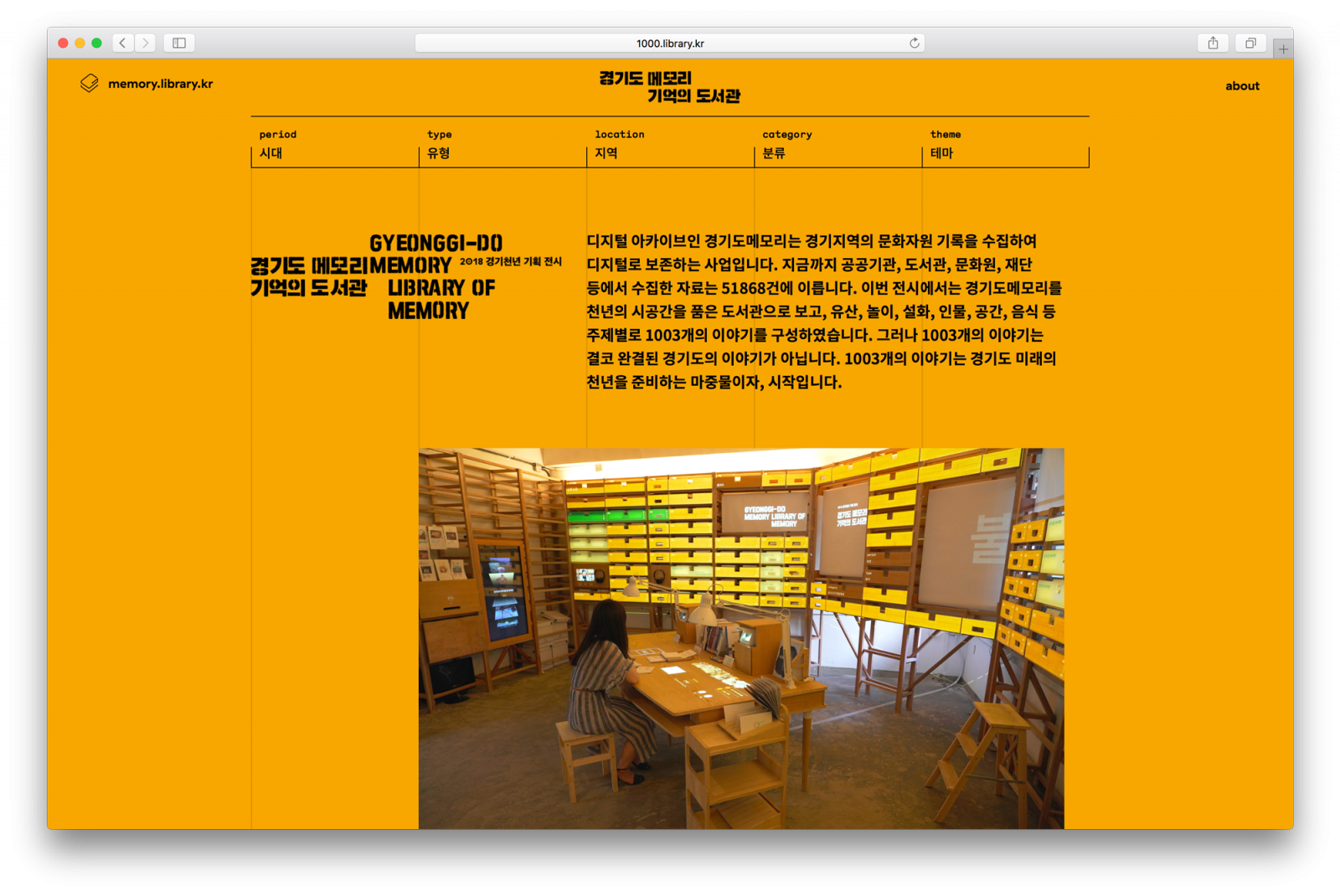 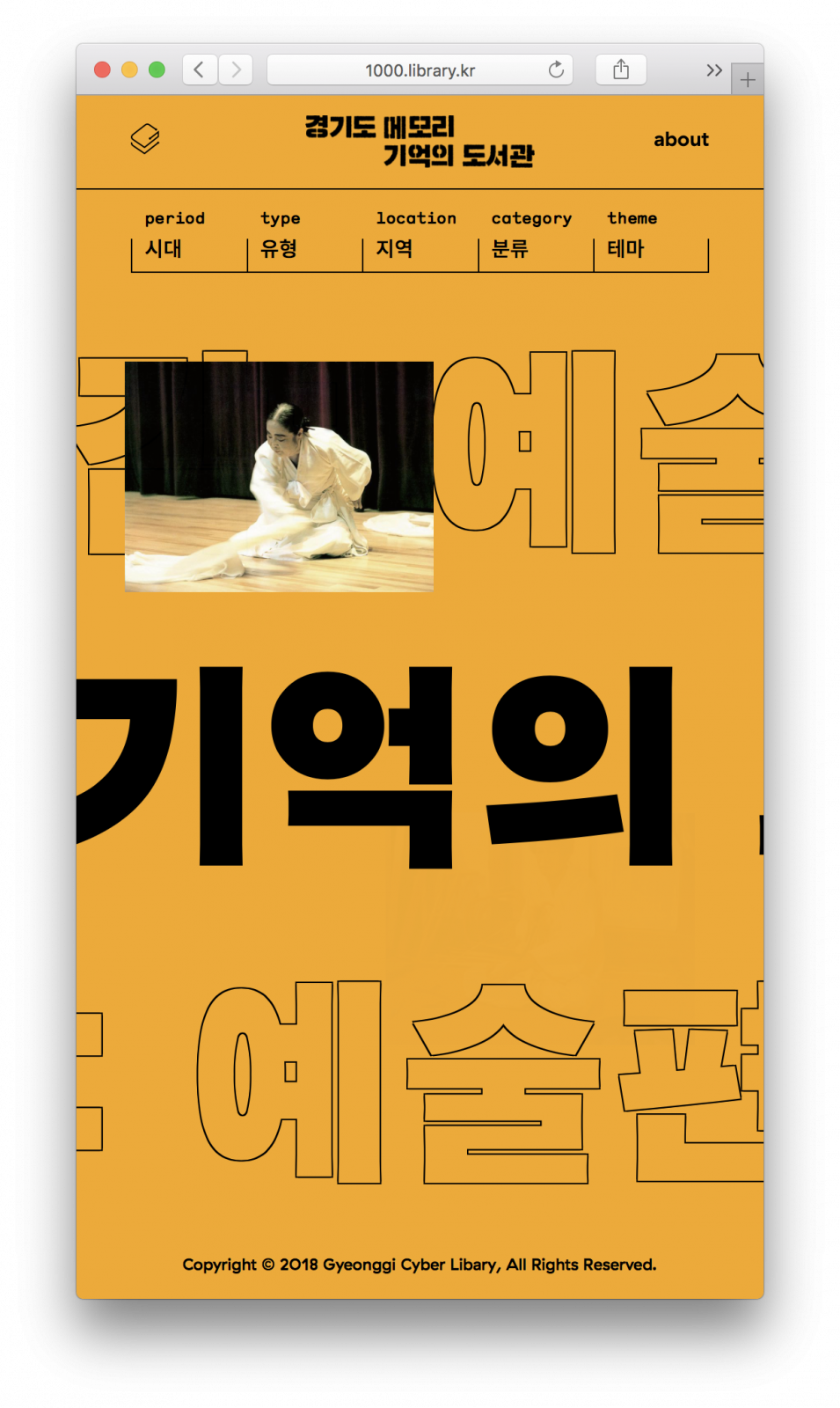