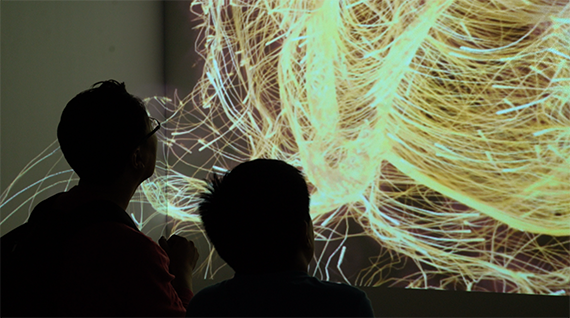 Michelangelo From Fresco To Virtual Reality

New interactive experience on exhibition. We provided new type of experiencing the virtual reality of frescoes of Sistine Chapel, made by Michelangelo in XV century, the age of Renaissance. This was our vision on “virtual reality”, allowing viewers to immerse into illusion of being in Chapel as it was in XV century. We combined Sistine Chapel, Augmented Reality and made impression of being in this space by projection mapping of data. By mixing various techniques we achieved the feeling of experiencing immersion. Frescoes by Michelangelo in Sistine Chapel are not only about the Bible, but it also gives us the vision of human bodies which impresses people with immersive environment through colors and lights.

We didn’t try to show Sistine Chapel as it is in reality, instead we tried to deliver the opportunity to experience something you can’t do in real life. And as you go through the motion graphic video based on data, watch it on-screen, that surrounds you, listen to the sound that fills the room, you are able to experience “new” Michelangelo. The final goal of Rebel9 company is to provide cultural platform of XXI century by AR technology based on space and Digital Analysis of cultural contents. Rebel9 delivers experience of storytelling one would never be able to have in Sistine Chapel by himself. 360 human figures on frescoes were put into the database and analyzed by poses and facial expressions. Last, but not least, we analyzed the colors on paintings and discovered new connections between pictures never seen before. 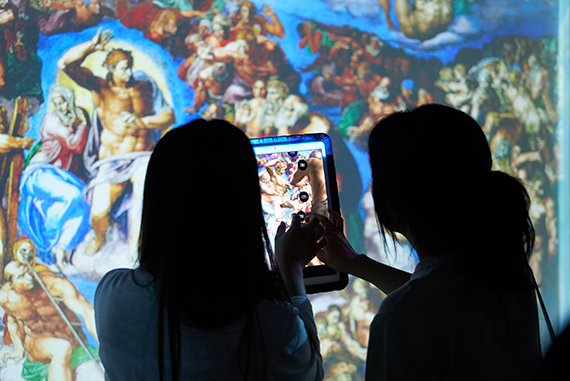 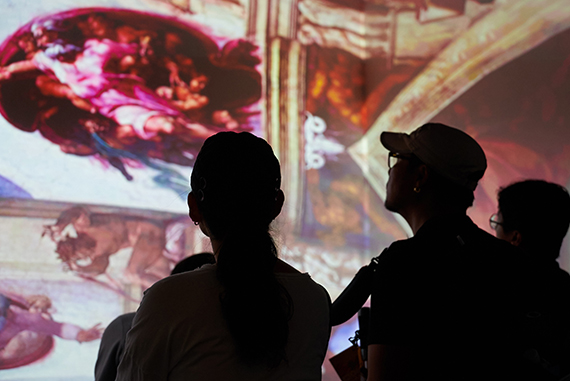 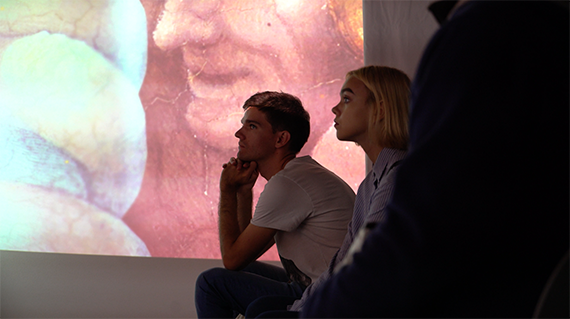 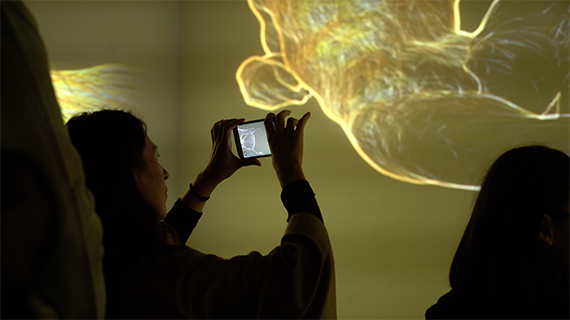 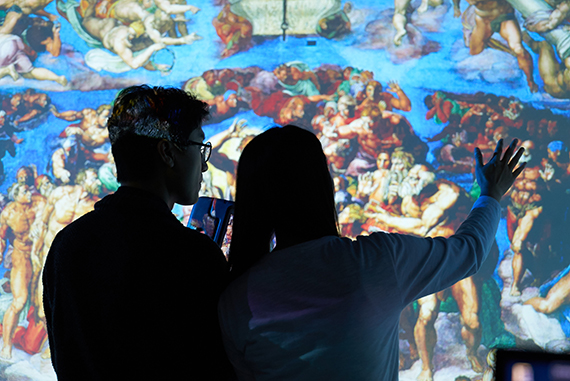 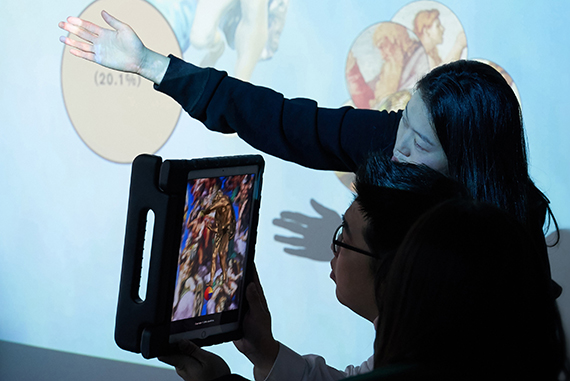 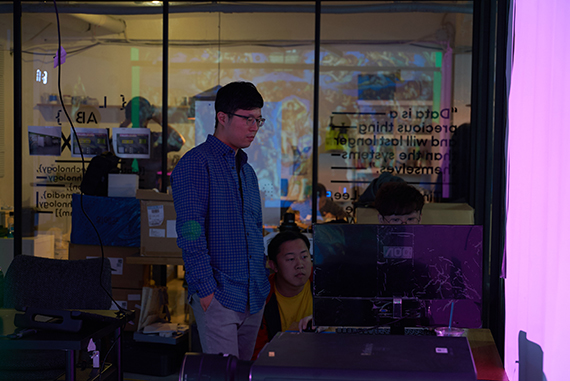