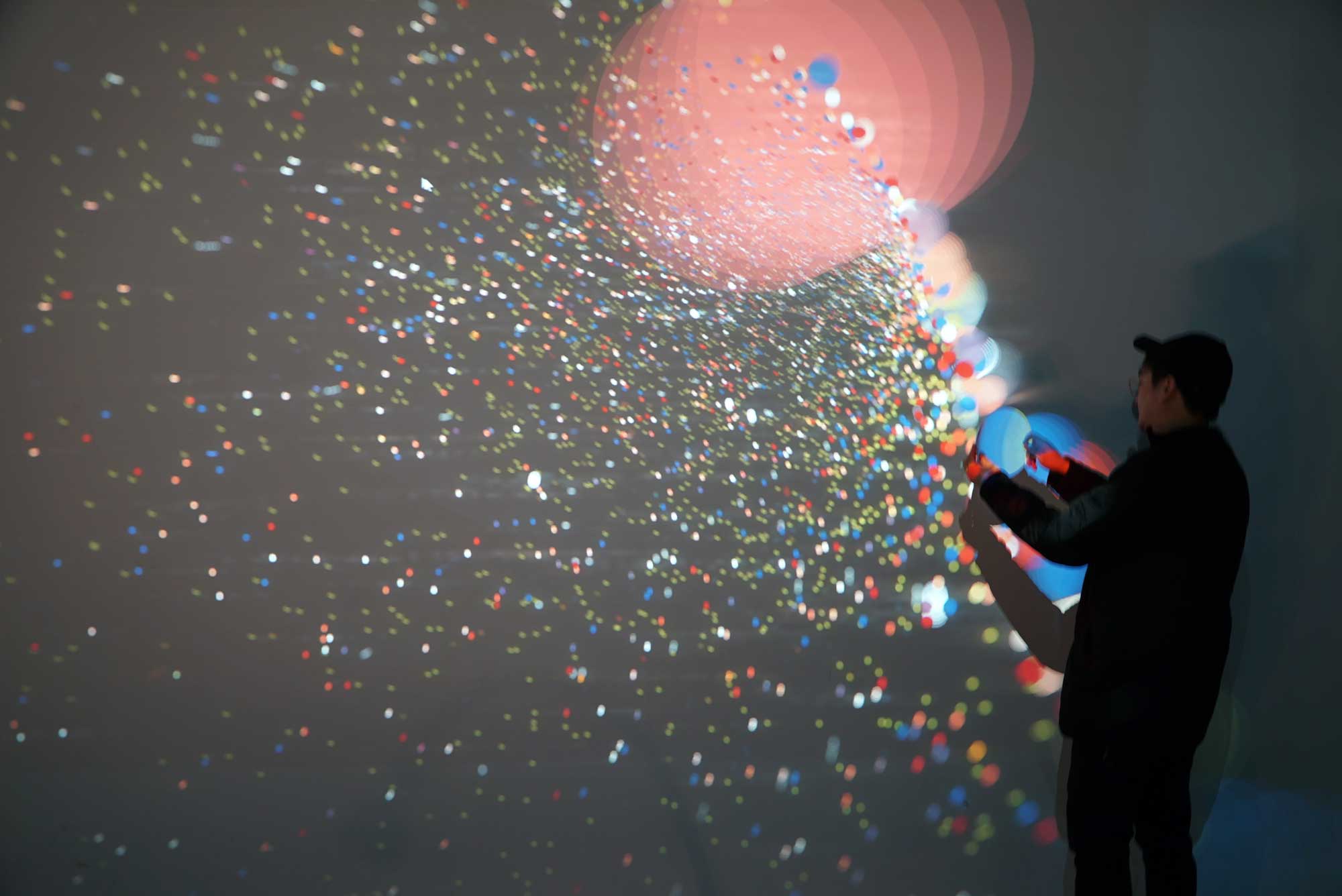 Divided into three parts, Korean Craft sheds light on the distinct lines and colors embedded in a variety of Korean handicrafts. Complementary aesthetics emerge from the bringing together of these diverse forms, such as handmade wooden furniture, vibrant costumes and textiles, and elegant household ceramics.

This unique exhibition brings together rare historical artifacts from the collection of the Sookmyung Women’s University Museum, including items used in the daily lives of the Sadaebu, the ruling elite class who dominated Korean political and cultural life during the evocative Joseon Dynasty period from the 15th to the 20th centuries, as well as reconstructed and reimagined works by modern craft artists.

Project Rebel9 introduces the visual splendor of multimedia art installation Limen of Night, combining video, sound, and audience interaction based on a motif of the Hwarot, the elaborate crimson and rainbow colored dress of royal women during the Joseon Dynasty. This work is by Project-Rebel9, an art group that archives vast amounts of cultural resources, interprets data employing modern sensibilities and media, and expands on these by constructing new works in various spatial forms. 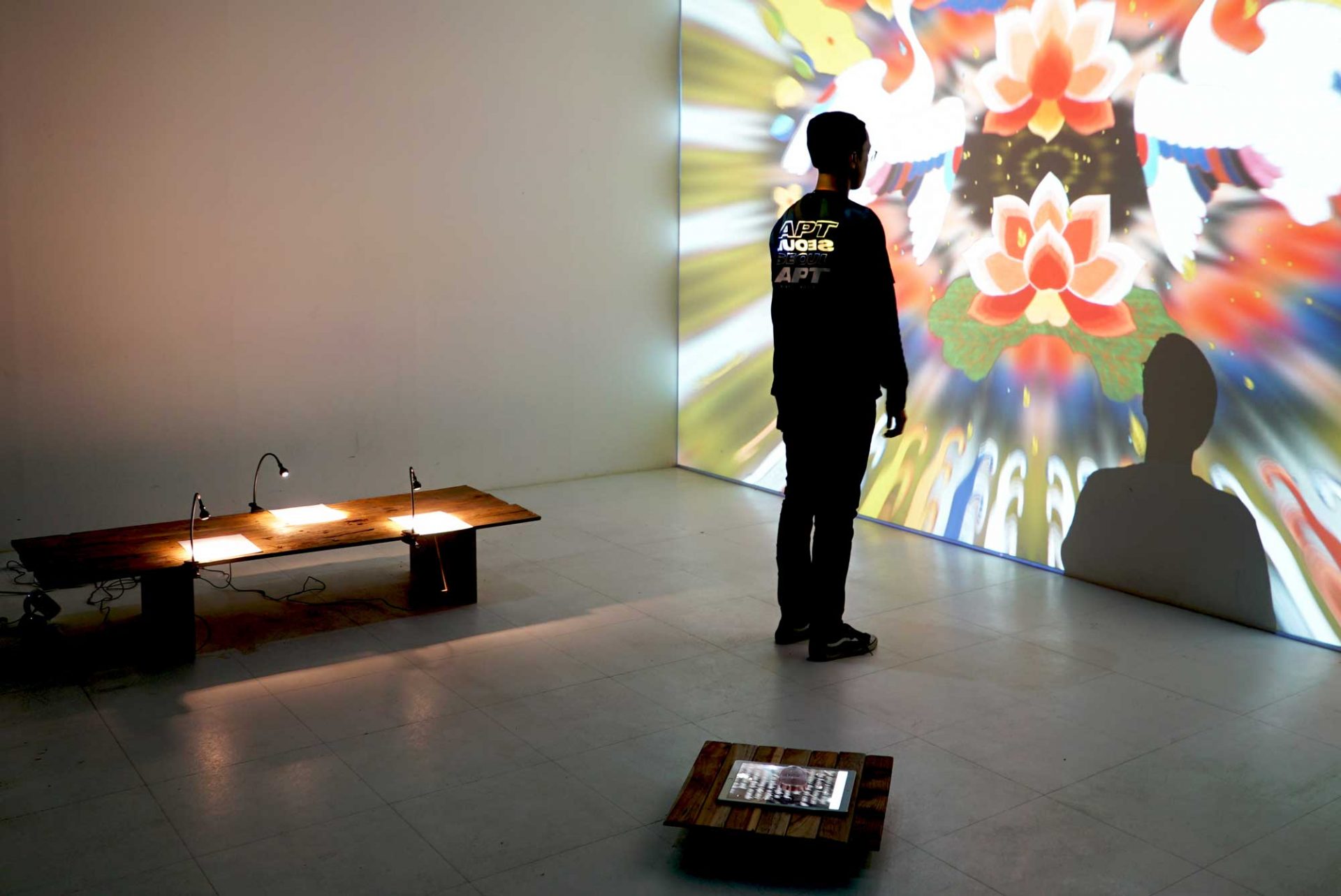 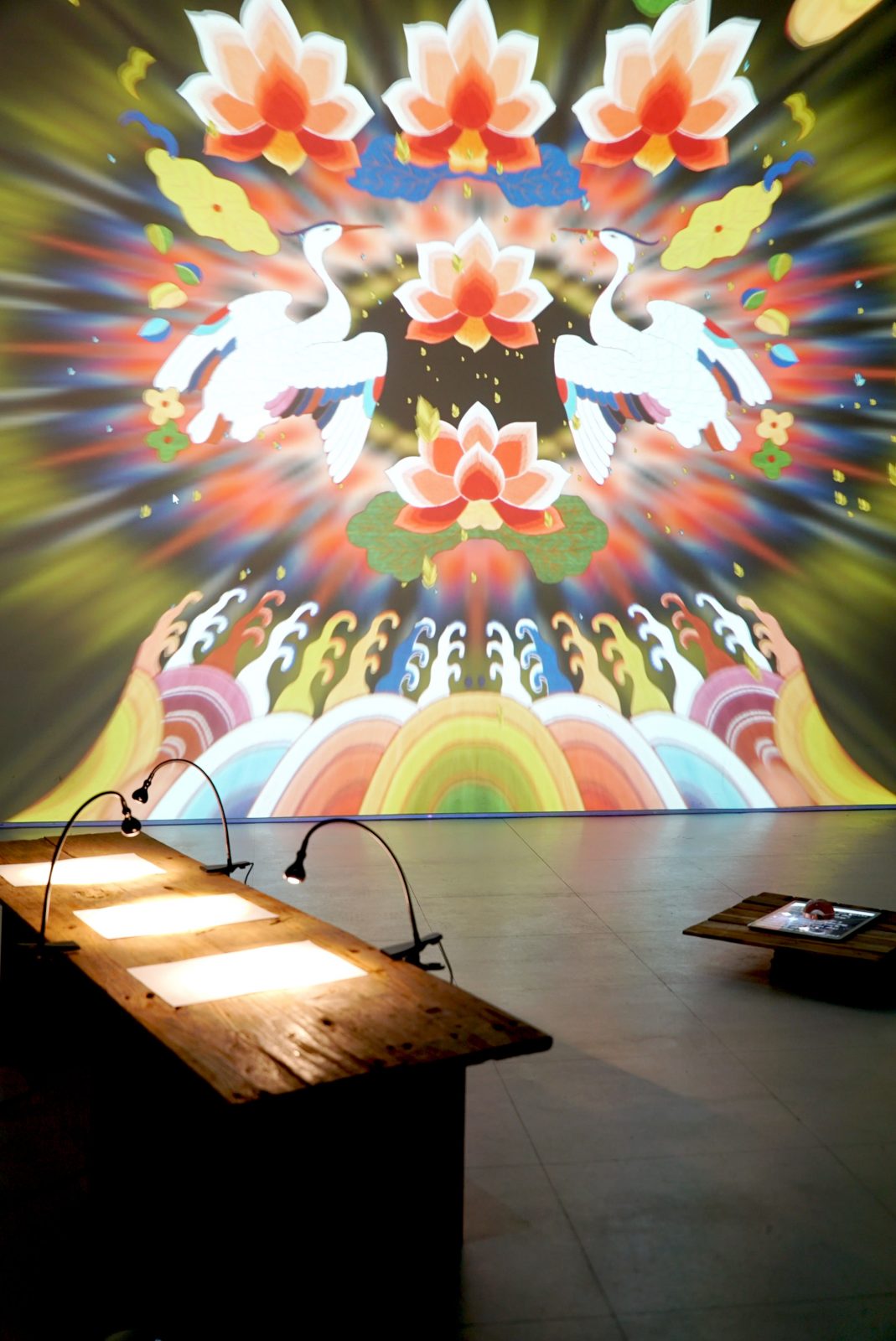 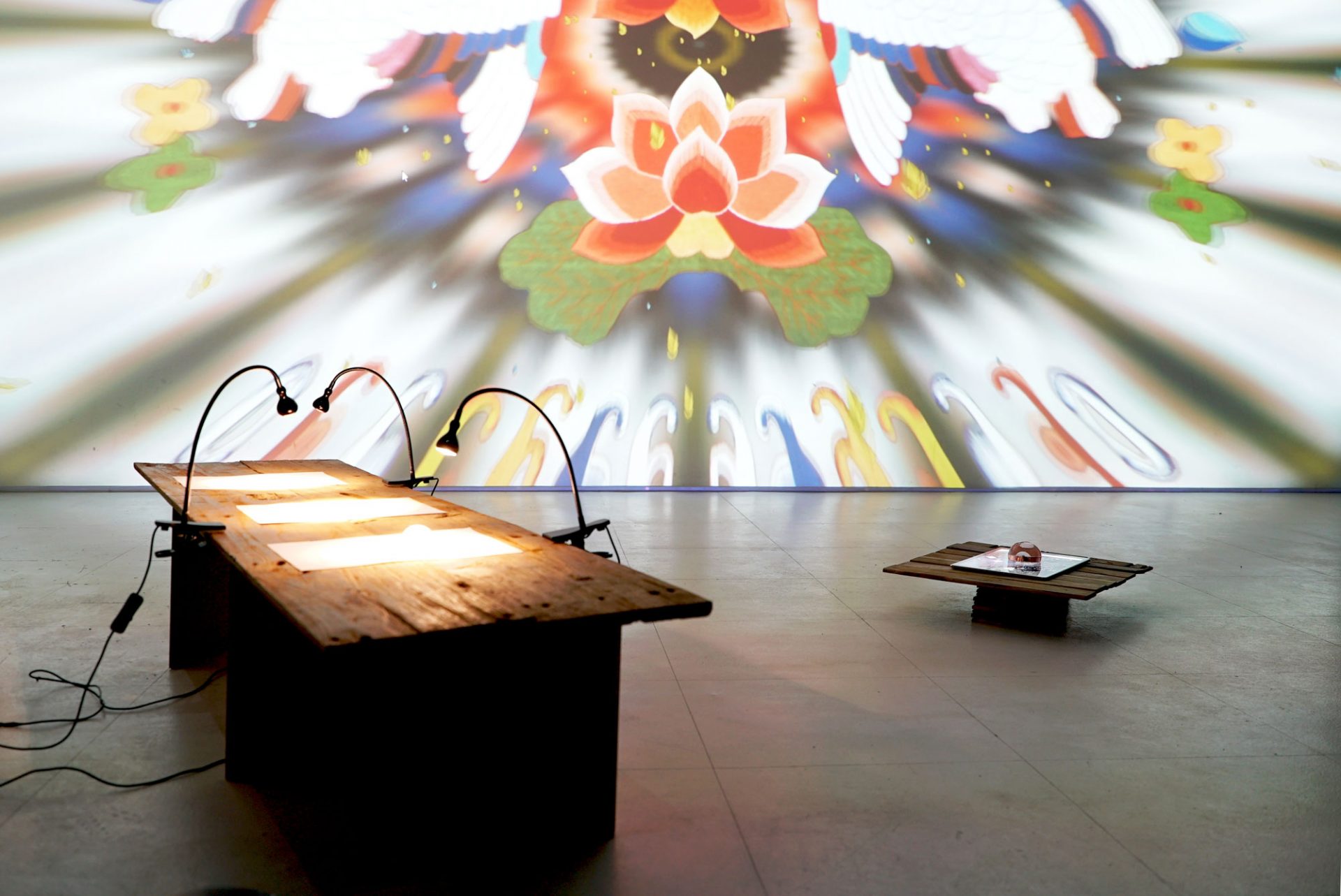 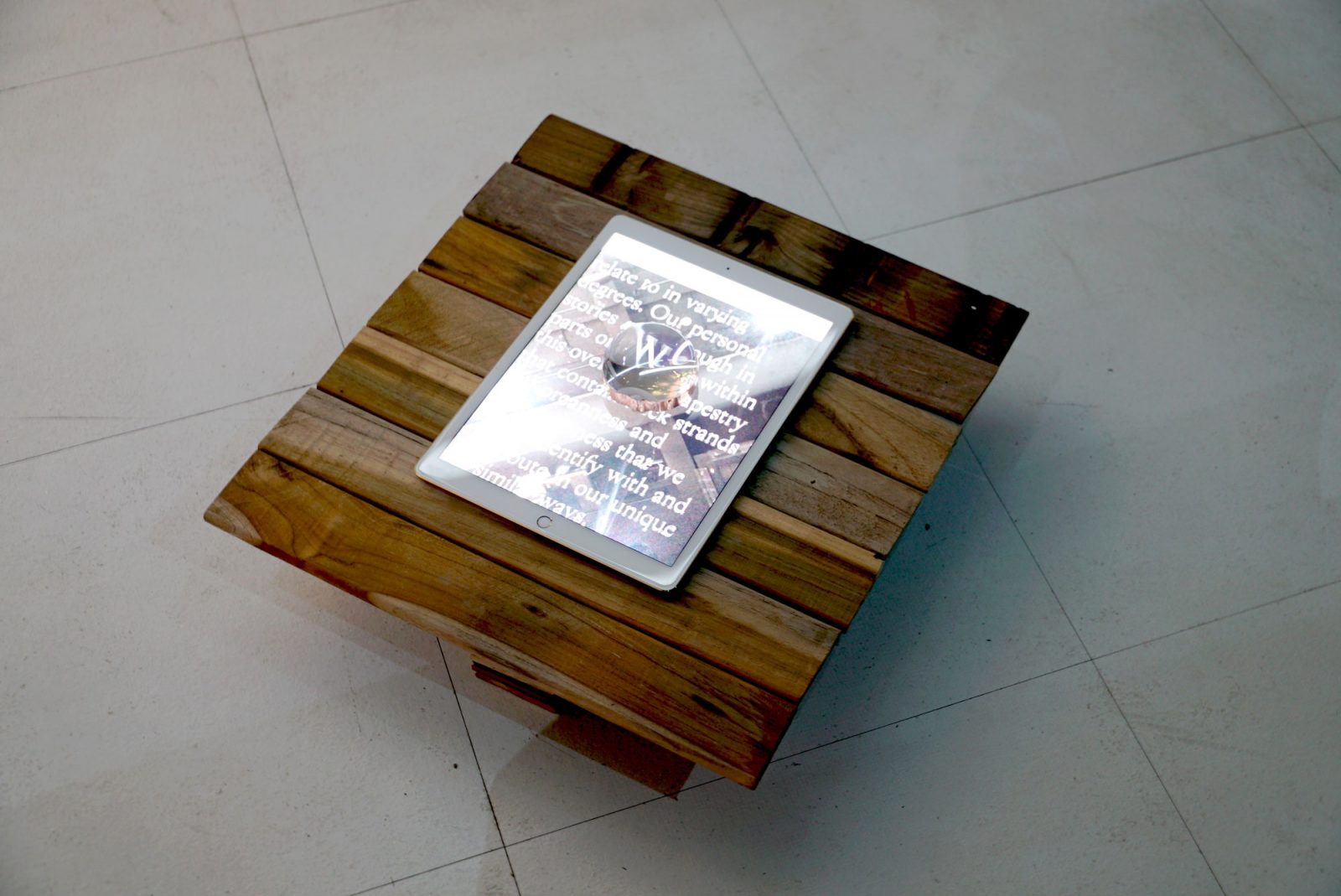 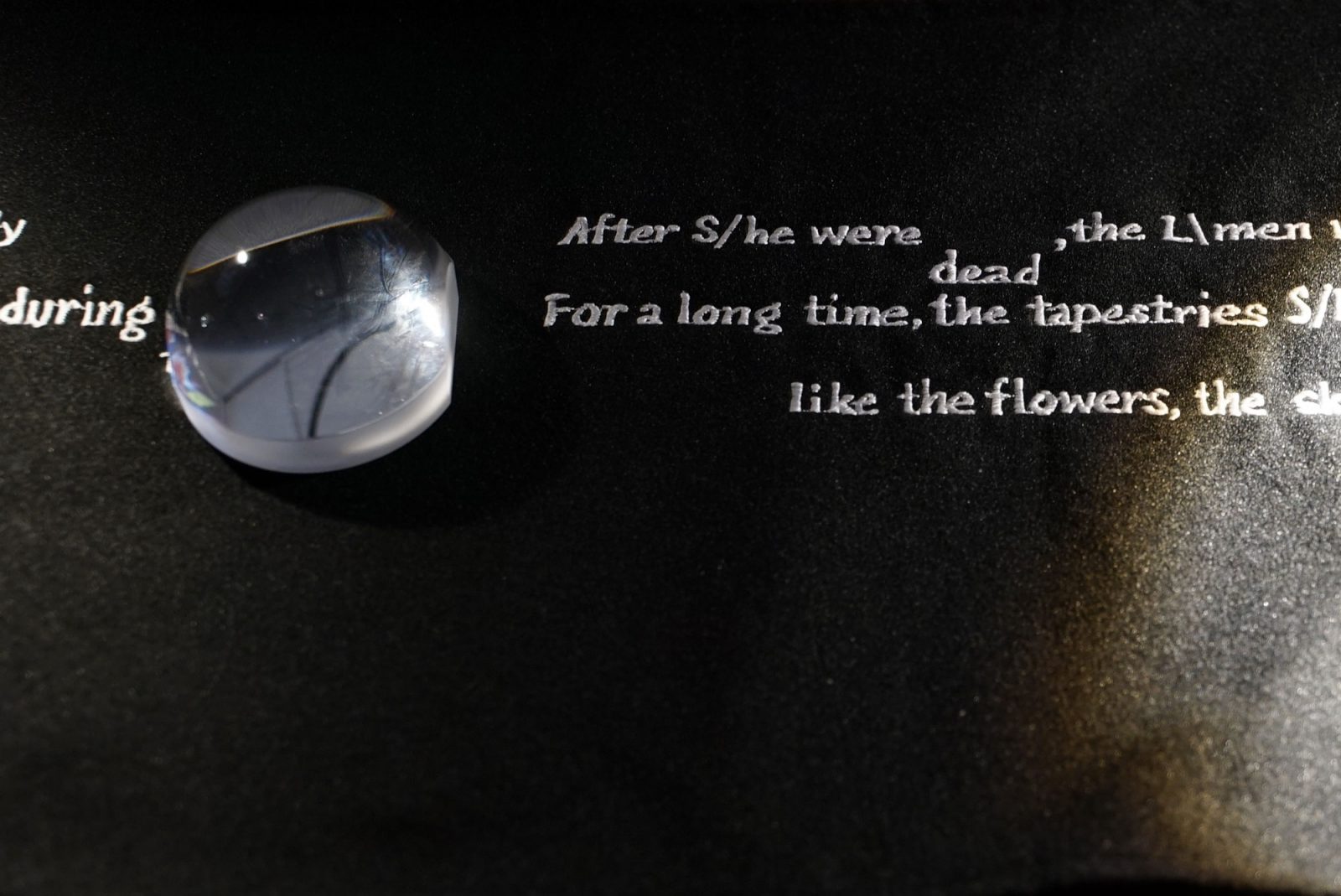 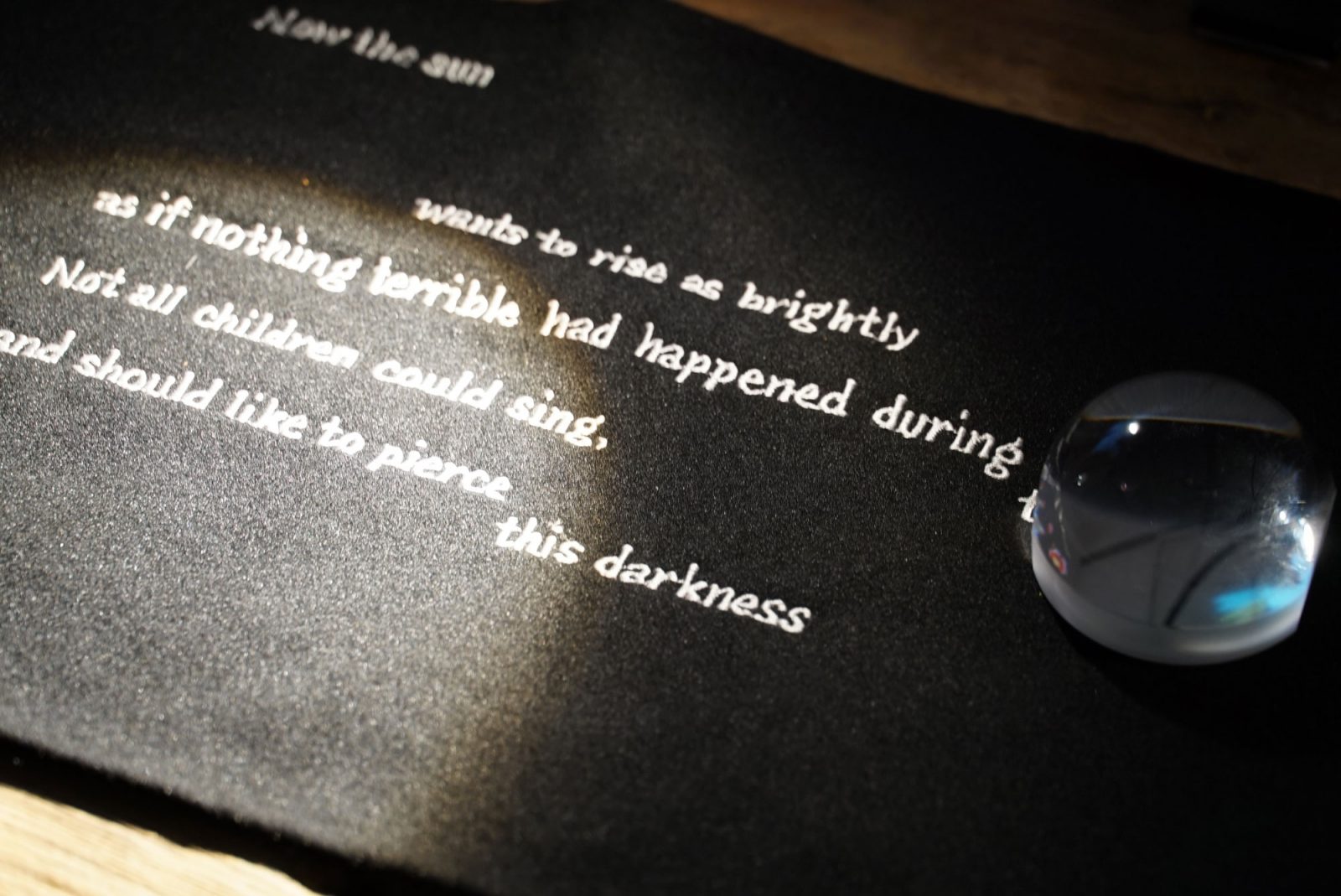 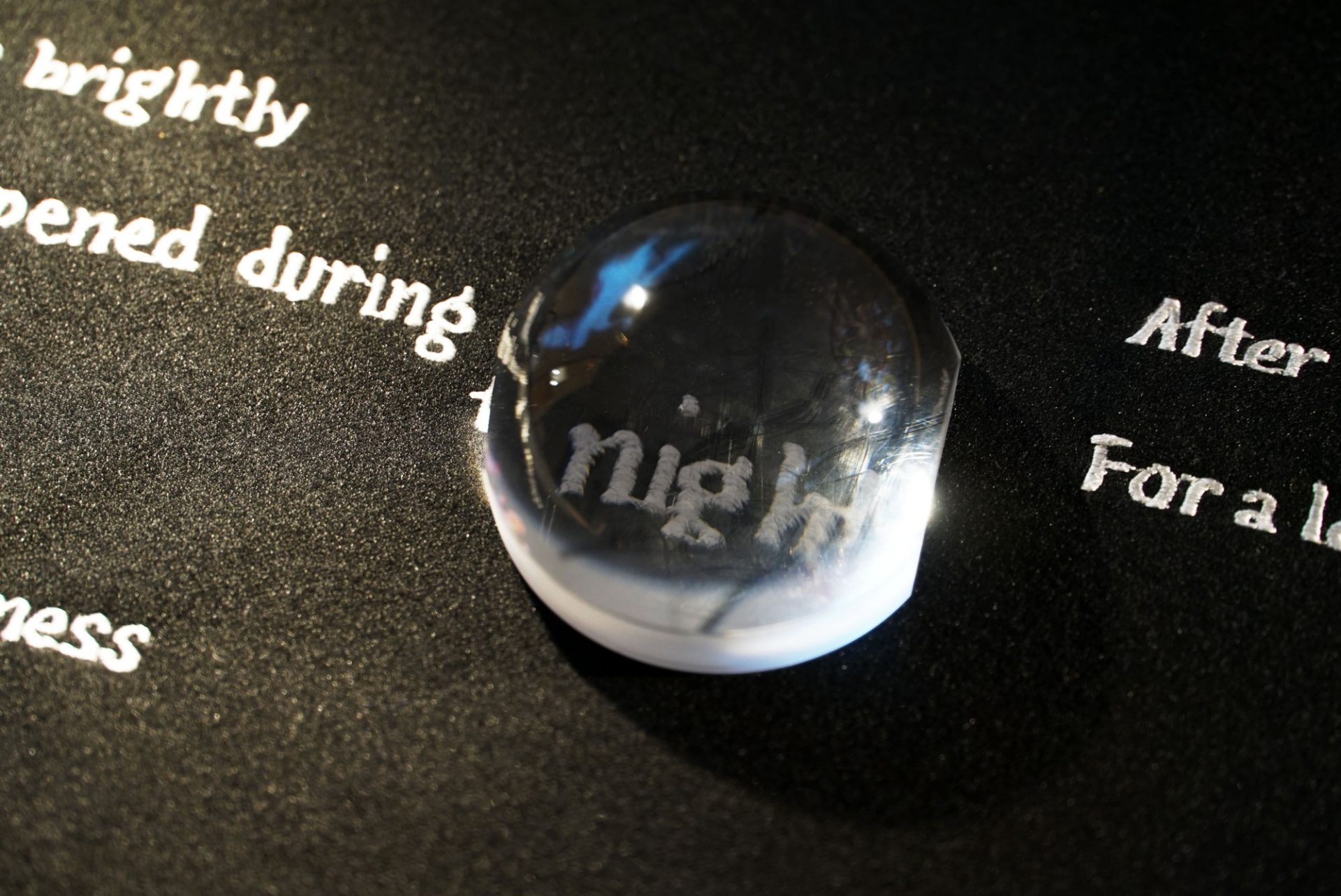 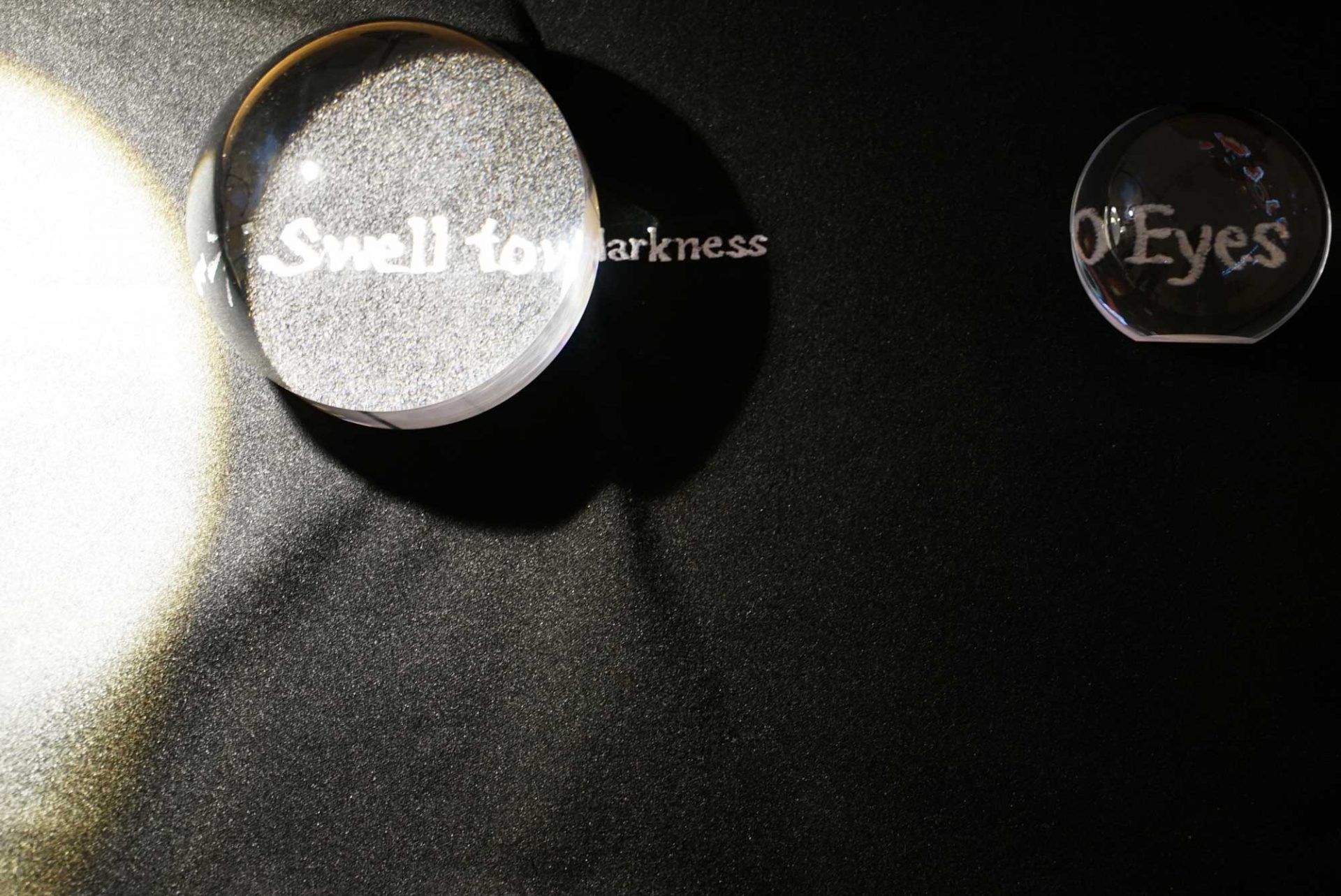 Standing in the Limen

– Martha, Beggar, Children, and All

S/he are standing in the L\men,

Now the sun wants to rise as brightly

as if nothing terrible had happened during the night

Not all children could sing, ❷

After S/he were dead, the L\men was also disappeared ❹

For a long time, the tapestries S/he wore speak an inarticulate language,

like the flowers, the skies, the dropping suns ❺ 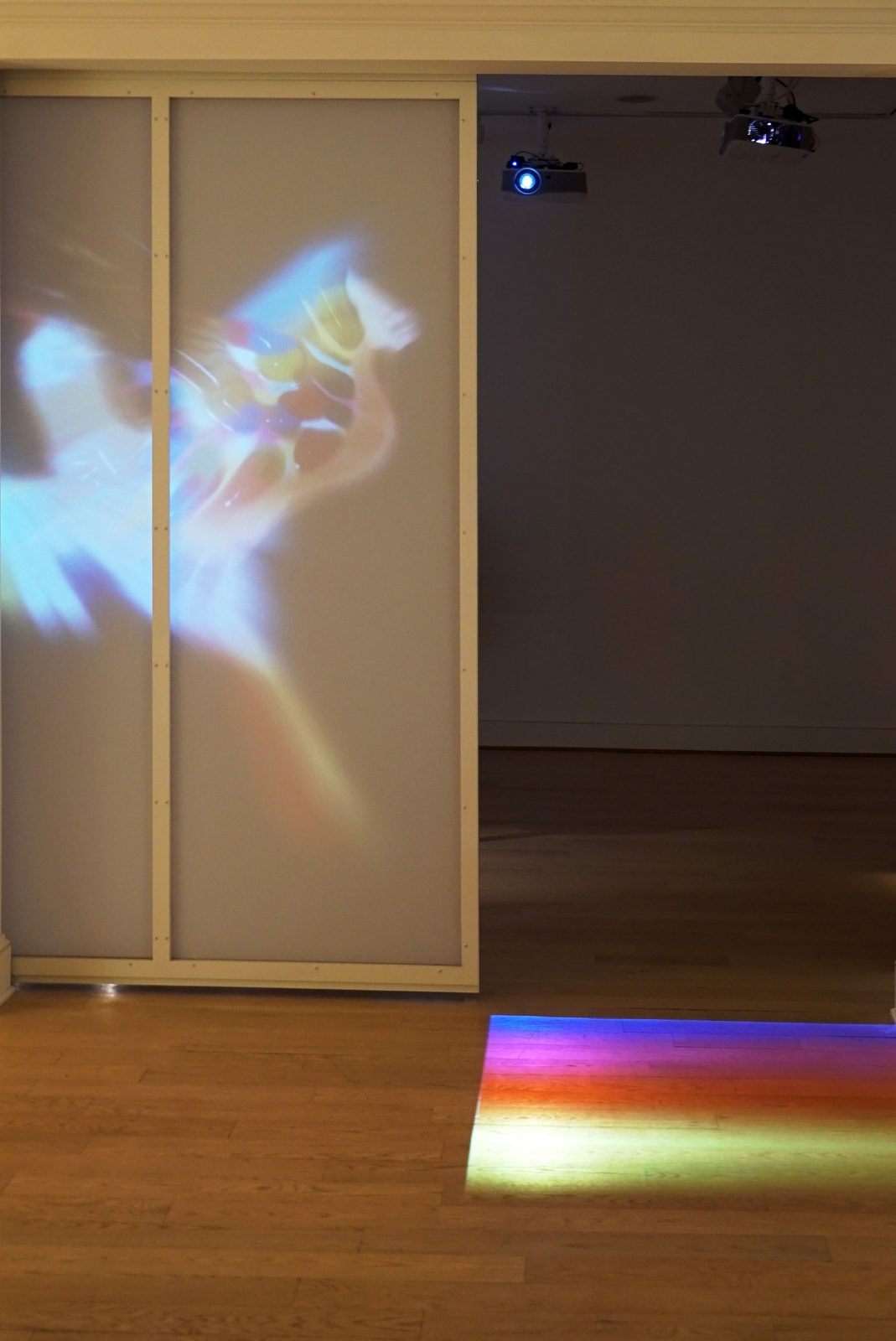 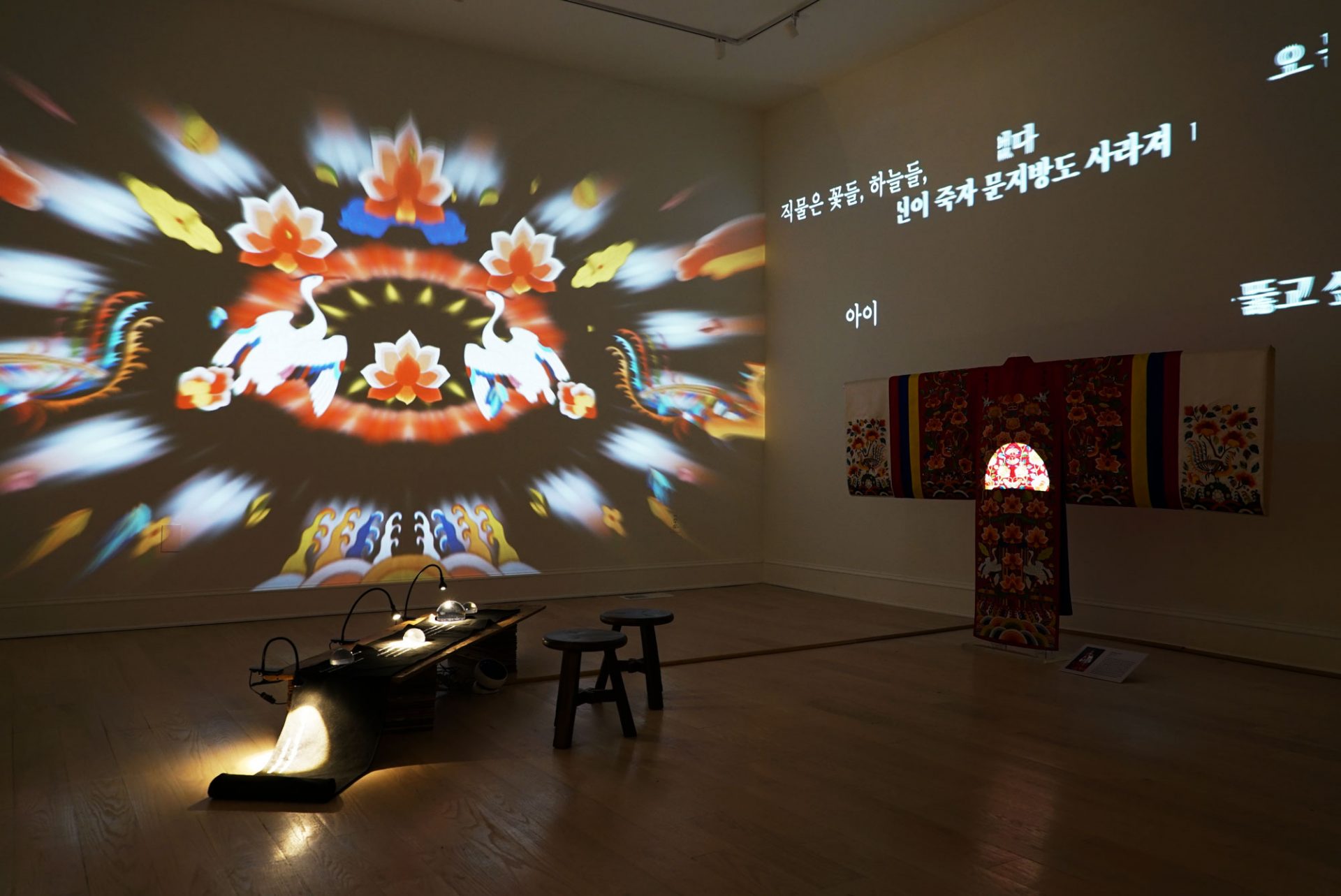